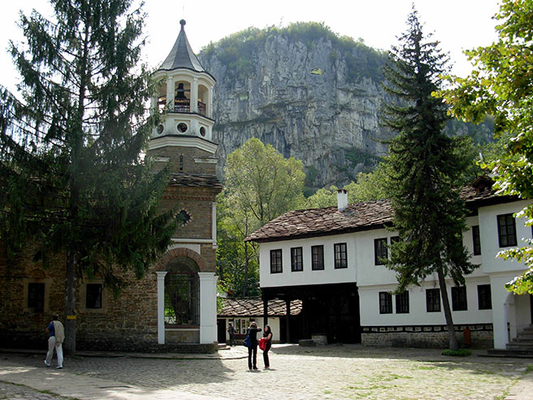 Bulgaria is a country with thousands of years of history and a cultural heritage that embraces ancient civilizations. Visitors will find much to interest them in the country’s history, culture, ethnography, religion, architecture and the arts. Unique archaeological sites abound throughout the country – ancient settlement mounds from the Neolithic age, Thracian sanctuaries and tombs, remains of Roman cities, Byzantine and Medieval fortresses, architectural reserves, ethnographic complexes, churches and monasteries, Tekkes (mosques), among many others.

Despite the fact that it occupies only 2% of Europe’s territory, about 40,000 historical monuments have been registered in Bulgaria (7 of which are included in the UNESCO list of world cultural heritage sites), 36 cultural reserves, 160 monasteries, and roughly 330 museums and galleries. This includes prehistoric finds, Thracian tombs, sites from the Greek Age, Roman fortresses, historical monuments from the time of the First and the Second Bulgarian Kingdoms, and architectural landmarks from the Age of Revival.

The Karanovska settlement mound provides a basis for determining the Karanovska Neolithic periods and serves as a model for understanding the development of European prehistoric cultures. Of great interest is the Valley of the Thracian Kings, in which more than 15 tombs have been discovered. Perperikon is also located in the territory of our country. It is considered to be the temple of God Dionysus containing a prophecy chamber equal in importance to the one dedicated to Apollo at Delphi. It is believed that this was the capital of the Odryssian Kingdom. The largest Thracian royal complex with a mausoleum temple in Southeast Europe was discovered in the region of the village of Starosel. The oldest gold in the world was discovered in the Varna necropolis. Many Thracian golden treasures have also been found, such as the Panagyurishte, Valchitran, and Rogozen treasures. There are numerous remains of the Thracian, Hellenistic and Roman culture. Entire Roman city complexes have been found at Augustra Trayana, Trimontium, Nikopolis ad Istrum, Pautalia, Akre, Mesemvria, Apolonia, Serdika, and other sites.

There are also opportunities to observe traditional economic activities in our lands, such as the manufacture of rose oil and wine production.

The country’s calendar abounds in cultural events. Some of these are the Sofia Film Fest, the festival “Love is Folly” in Varna, the festival “Varna Summer”, the “Music Days in March” in Ruse, the “Sofia Music Weeks”, “Apolonia”, “Spirit of Burgas”, the Kavarna Rock Fest, and many others.