sites under the aeges of unesco 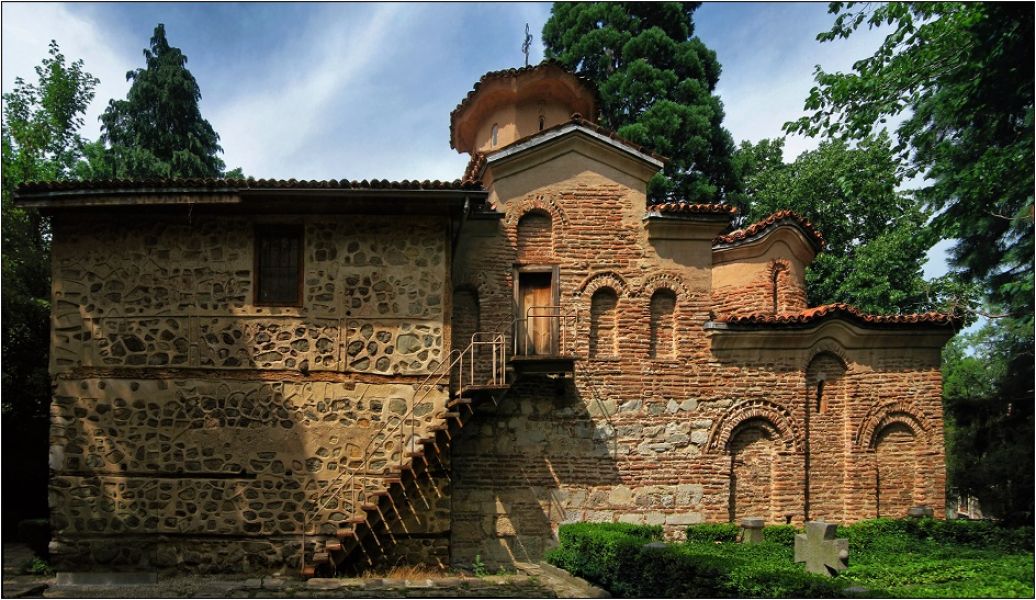 Bulgaria is a successor of ancient civilizations - Thracians, Romans, Byzantines and proto-Bulgarians have left on these lands exceptionally valuable artistic and architectural evidence of their advanced culture. They are scattered throughout the country and make it one of the most attractive destinations for people, interested in history and culture.

Besides these treasures, Bulgaria is proud of its pristine nature and amazing biodiversity which is preserved in the parks and reserves of the country.

The rich cultural and natural heritage of Bulgaria is highly appreciated by UNESCO -the United Nations Educational, Scientific and Cultural Organization. The UNESCO List of the Global Cultural and Natural Heritage includes sites, which are of great importance to humanity, therefore their conservation and preservation is a priority. This list includes nine Bulgarian sites - seven cultural and two natural.

Rila Monastery was listed as a UNESCO List of Global Cultural Heritage in 1983. It is the largest monastery in Bulgaria. It is located in the heart of the mountain. It was founded in the tenth century and over the centuries of its existence the monastery has been the guardian of the Christian faith and the Bulgarian education and culture.

The monastery complex covers an area of 8,800 square meters; it has nearly 300 rooms, 100 of which are monastic cells. The monastery has a museum where you can learn the remarkable story of the cloister.

The monastery is situated on the territory of the natural park Rila Monastery.

In 1979 the Madara Rider was included in the UNESCO List - a unique rock relief, located in the northeast of the country, 18 kilometers east of the town of Shumen and 10 kilometers south of Pliska.

An unknown artist has carved an impressive image on the cliff at a height of 23 meters. Although more than 1,000 years have past since its creation, the image of a horseman with a spear, a wounded lion, fallen at the feet of the horse and a hunting dog, is still visible on the stone. The exact year of the relief creation is unknown, and scientists disagree on the personality of the rider depicted.

In 2008, after the nationwide vote, the Madara Horseman was elected a global symbol of Bulgaria. Its full-size copy can be seen in the National Archaeological Museum in Sofia.

In 1979 the Boyana Church “ St. Nicholas and St. Panteleimon” was included in the UNESCO List. This unique temple is located in the Sofia residential section of Boyana, at the foot of Vitosha mountain. It was built in the end of the 10th and the beginning of the 11th century. Its greatest values are the several layers of frescoes. Among the images on the walls of the church visitors can see various images of Jesus Christ and Holy Mary, Bulgarian kings and queens, saints.The unknown master painters were summarized with a general term Boyana master, although the murals were created by different people in different periods of the Bulgarian history.

The Boyana Church is one of the sites of the National History Museum and is open for tourist visits throughout the year.

In 1979 the UNESCO included to its list the complex of rock churches near the village of Ivanovo at the Rusenski Lom Natura; Park. The monastery complex, which unites the rock temples, was named after St. Michael and was founded in the early 13th century. The most impressive temple is the one of “St. Mary”, whose beautiful frescoes are well preserved and are known worldwide.

The complex is located in a picturesque area, 20 kilometers south of Ruse. The Rusenski Lom Park is a popular destination for eco tourism and bird observation. Near the Ivanovo rock churches stands the beautiful Orlova Chuka cave. Another famous landmark is also situated at the territory of the park – the Basarbovski Monastery, which is the only operating rock monastery in Bulgaria.

The Thracian Tomb of Kazanlak was included in the UNESCO List in 1983. It is located in a small park in the town of Kazanlak. The original tomb was sealed in order to preserve its unique murals, but an exact copy of the tomb was built near it, which is now available for tourist visits. The tomb was built in the 4th - 3rd century BC. It belonged to an unknown Thracian ruler.

The worldwide fame of the monument is due to the remarkable murals in the hall and the dome room - one of the best preserved ancient works of art from the early Hellenistic age. The original tomb can also be visited, but only for a few minutes and under certain conditions. The access to the copy of the Kazanlak Tomb is year-round.

The Thracian tomb of Sveshtari has been added to the UNESCO List of Global Heritage in 1985. It is part of the historical and archaeological reserve Sboryanovo, located 8 kilometers northwest of the town of Isperih.

The tomb was built in the third century BC and impresses visitors with its architecture and decoration. Here was laid the body of a Thracian ruler from the Getae tribe. The ceiling of the burial chamber is supported by statues of women with raised hands - caryatids, whose faces and hair still preserve the remains of colorful decorations.

Not far from the Sveshtari tomb lies another popular attraction - Demir Baba Tekke, which is revered by both Muslims and the Christians.

The town of Nesebar is situated 36 kilometers northeast of Burgas on the Black Sea coast. Due to its unique combination of ancient history, ancient ruins and Revival architecture, the Ancient Nessebar was included to the UNESCO List in 1983 The archaeological reserve is situated on a small peninsula connected to the mainland by a narrow isthmus. The seaside town keeps countless evidence of its history, many of which are kept in the Archaeological Museum in the town.

Nesebar is one of the oldest towns in Europe.It was founded 3,200 years ago. During the antiquity, the town was called Mesambria, during the Middle Ages - Mesembria, and later - Nesebar.

Over 100 houses have been restored in the town, and the Ethnographic Museum is located in one of them, built in 1840.

The National Park Pirin was included in the UNESCO List in 1983. It is located in the Pirin Mountain, in southwest Bulgaria, and preserves many natural attractions, glacial lakes, pine forests and a rich biodiversity. There are two reserves within the park- Bayuvi Dupki - Dzhindzhiritsa and Ulen. Its biodiversity is represented by 1,315 species of higher plants, 2,000 species of invertebrates, 200 species of vertebrates and 159 bird species. There are many hiking routes in the park, which give access to numerous tourist sights. Here stands the oldest tree in Bulgaria - Baykusheva fir, whose age is over 1,300 years. You can learn more about the park and its diversity in the visitor center, which is located in the town of Bansko.

Due to the rare and endangered bird species which nest or rest here on their way south, in 1983 the lake Srebarna was included in the UNESCO List of Global Natural and Cultural Heritage.

The aim is to preserve the unique biodiversity of the lake which has been popular among the Bulgarian and European scientific community since the early twentieth century.

The biosphere reserve near the village of Srebarna is located 2 kilometers south of the Danube river and 16 kilometers west of Silistra. Covering an area of 600 hectares. It covers the lake Srebarna and the territories near it. Its fame is due to the fact that the lake is just under the migratory path of the birds from Europe to Africa - Via Pontica, which causes the unique and diverse species of waterfowl birds in it. Some of the most interesting species which inhabit the lake are Dalmatian pelican (Pelecanus crispus), lesser white-fronted goose (Anser erythropus), ducks (Anatidae), the Bearded Reedling (Panurus biarmicus), the great egret (Ardea alba), and the mute swan (Cygnus olor).